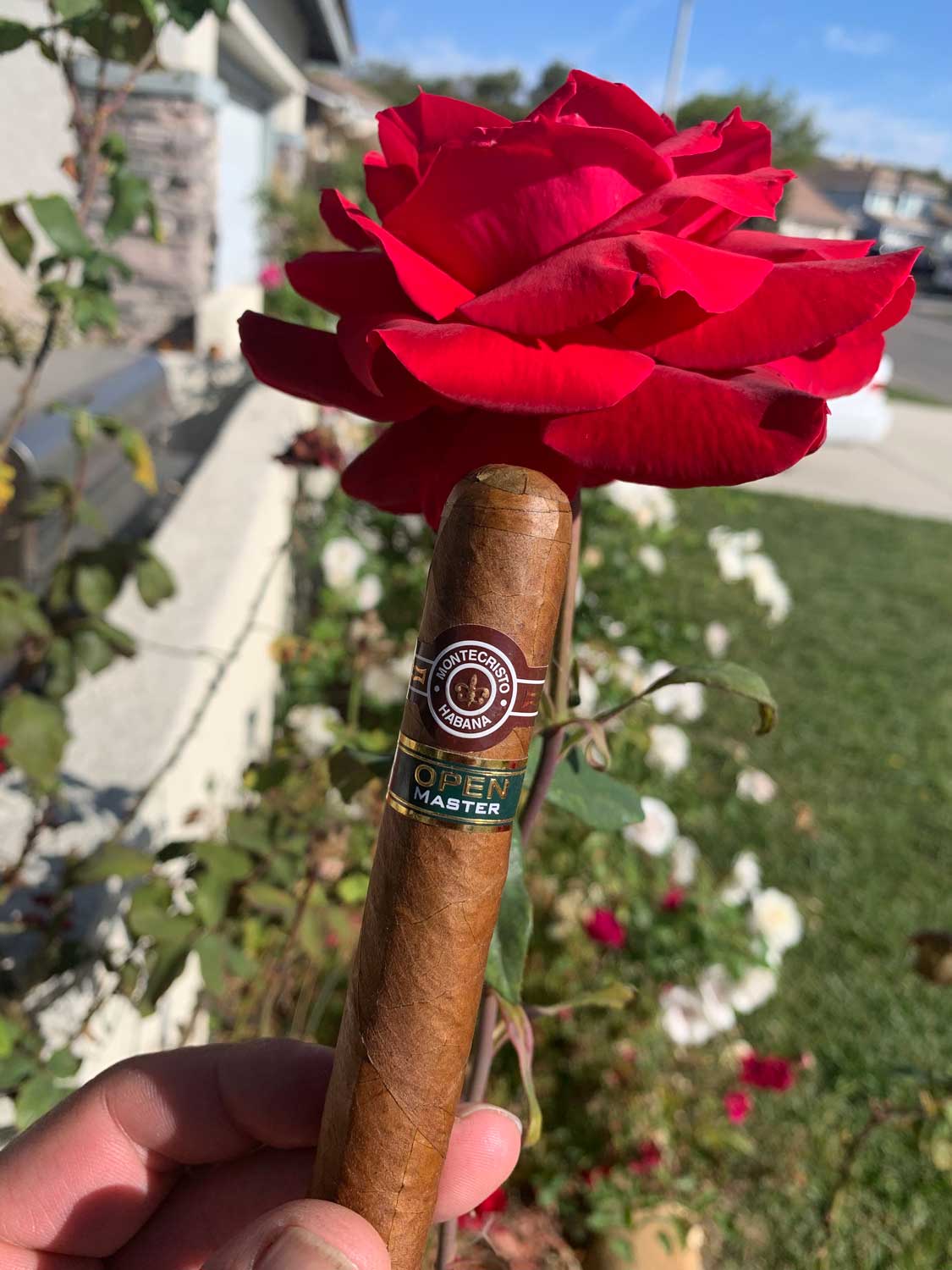 This little fella will be my first cigar of the day pair with 100% Kona coffee (splash of cream). I’m really into French press coffee I feel it really enhances the cigar flavors. Anyways, this isn’t the first Open Master I have smoked… I have yet to ever smoke one and say “that the best cigar I’ve ever smoke” but I have never said “that’s the worst cigar I’ve ever smoked.” So, let’s see what happens. Oh by the way it is my favorite size a Robusto.

The cold draw was nothing special, it smelled the same as the cold draw. It’s very common. Not every cigar has some special draw taste… most just taste like tobacco. Initial light up is very mild. There’s a story I’ve heard behind the Open series, it that it’s made with all Secco  filler, which would surprise me due to the mild nature of the smoke. I can’t confirm this to be true because I’ve yet to seen one rolled, but I just wanted to throw that myth out there so I’m not the only one stuck with it in their head, you are welcome. The first few retrohale are very nice, easy and smooth, no burning to the nostrils. Maybe it’s the Kona, but it’s a little nutty. I’m not talking salty peanuts at a baseball game. More like the left over piece of almond stuck in your chompers. But so far so good, seems to be a nice way to start the day. Nothing has really jumped out to me in flavors. The construction on this stick is done well. Communism must of not been stressful for the roller that day.

I’m really thinking that nuttiness is from the Kona, I going get after I take a sip of coffee.  Whatever I eat or drink can influence the flavor. So I’m going to say don’t drink Kona and smoke the Open Master if you have a nut allergy. This cigar is still light there’s some aromatic flavors picking up. Sometimes that a good thing other times that’s the youth about to give you ammonia flavors. We will determine that shortly. It’s an enjoyable morning smoke so far. I doubt it would be as good smoking it after another cigar. It’s much too light to enjoy after any cigar.

There not much more to really say about this cigar that hasn’t been said. It’s smooth, mild, easy to smoke and even the retrohale is still the same. It’s a one dimensional cigar. Straight all the through. I am near the nub, yet to get youthful ammonia taste. Which I’m happy about because that shit always gives me a headache. I didn’t want to start the day with a banging fucking head. If you were looking for me to start rattling off tone and hints, sorry that shit ain’t in this for me. Maybe you can find tree bark or mushrooms, but I can’t, well I can find mushrooms in my fridge. Also keep in mind this is a Robusto so it’s a pretty quick cigar to smoke. Being it’s light in the first place, it really didn’t have a chance to get in-depth with flavors. Hope you enjoyed the ride.

Easy to smoke, light cigar, smooth all the way through. It is what it’s dubbed to be “a sporty cigar”

Great for golf for sure or first cigar of the day. Would I buy a single stick…. yes, it’s nice to have a cigar with these features in my travel humidor. Would I buy a box…. yes, online these can be found for a reasonable price. I’d person pay up to $300 for a box if I could get it quickly… if you are just getting in the cigar game this would be a perfect daily smoke for you. If you like flavor bombs, move along this isn’t for you. Until next time!!

This website uses cookies to improve your experience while you navigate through the website. Out of these, the cookies that are categorized as necessary are stored on your browser as they are essential for the working of basic functionalities of the website. We also use third-party cookies that help us analyze and understand how you use this website. These cookies will be stored in your browser only with your consent. You also have the option to opt-out of these cookies. But opting out of some of these cookies may affect your browsing experience.
Necessary Always Enabled
Necessary cookies are absolutely essential for the website to function properly. This category only includes cookies that ensures basic functionalities and security features of the website. These cookies do not store any personal information.
Non-necessary
Any cookies that may not be particularly necessary for the website to function and is used specifically to collect user personal data via analytics, ads, other embedded contents are termed as non-necessary cookies. It is mandatory to procure user consent prior to running these cookies on your website.
SAVE & ACCEPT